This morning was the last morning before three more Arizonans arrived to join our happy little party, so we took the day to relax.  When we rented our car, we noticed that the stereo was a little... odd.  It would turn on, and turn down, but you couldn't turn it off, nor could you change the station.  We discovered this morning that when we tried to push a button the whole face plate went "klunk" onto the floor.  Note that it was not designed to be a removable face plate.  I think I saw the transmission when it came off.  So, we decided to return the car in case they would charge it to us. We simply had to breakfast at Woolies, since it was on the way.  This Wooolworths cafe has won awards for its design and innovation, but somehow they can't turn on the heat.  Oh, Africa.  I ordered scones... 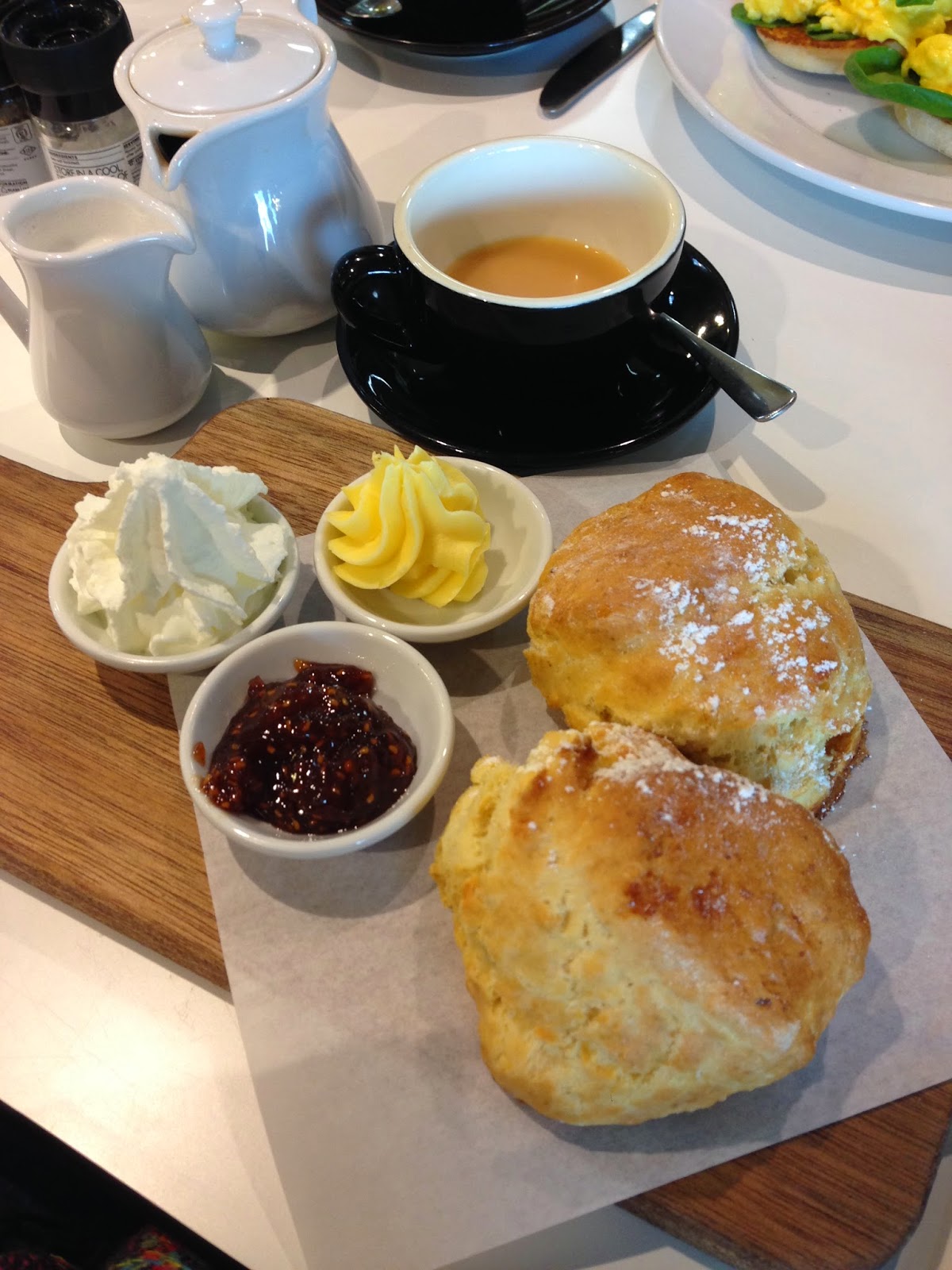 Woolie's seriously has the best scones with jam and cream.  After returning the car, we headed home and I started to write out a few blog posts in advance and promptly fell asleep.  I spent the afternoon napping (yay!), and Eric went out for a run (overachiever!).  After waking up, I discovered that the family had had a busy day, and so I offered to make dinner... A traditional South African dinner.  But first I had to hit up Pinterest to figure out what that was...  I think I got myself in over my head.  I settled on making boerewors, a beef sausage with veggies.  Traditionally it is cooked on the brai, but I chose to sautee it.  I think it turned out ok! 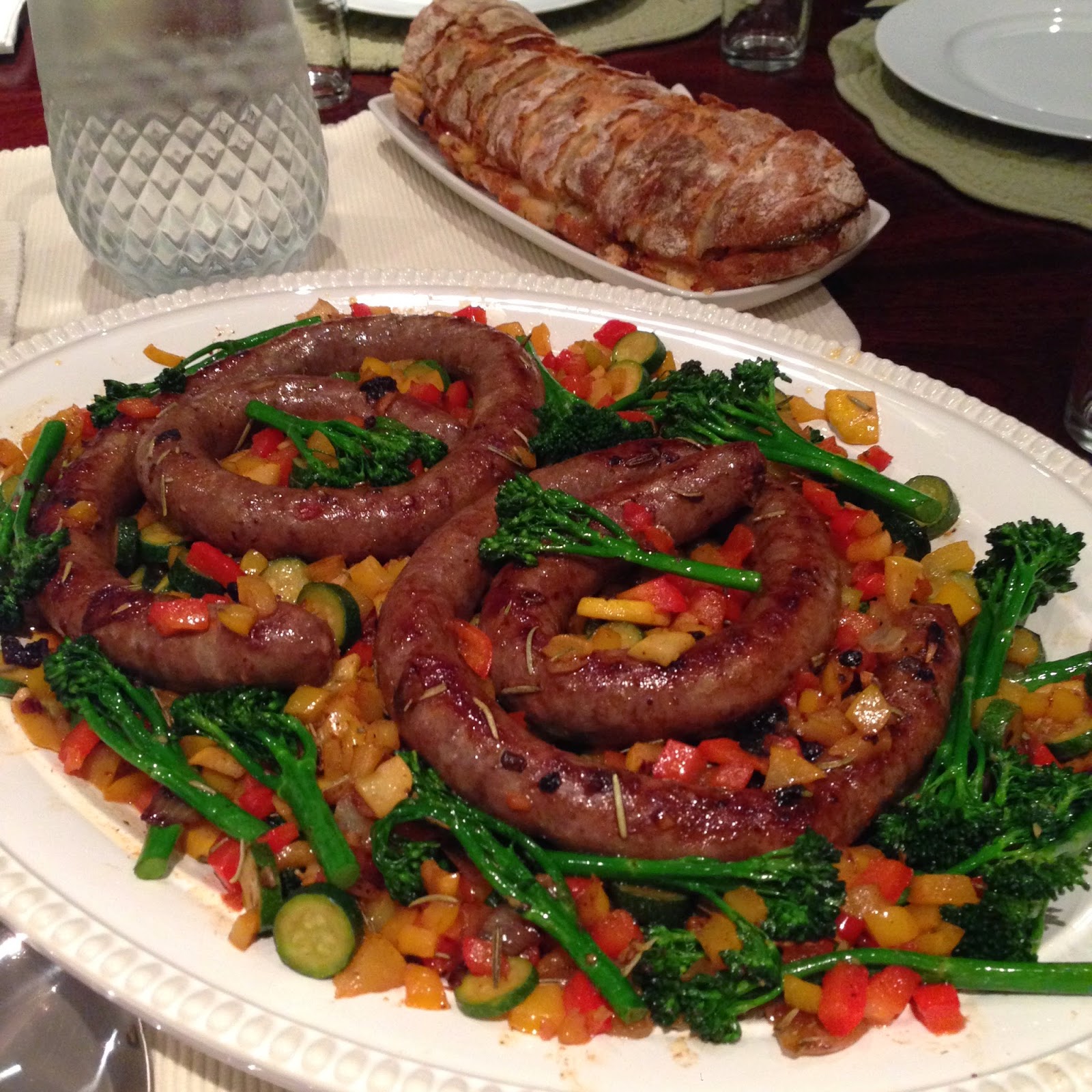 I also made a take on the french ham and cheese using a baguette, prosciutto, emmental swiss cheese, and fig jam.  YUMMM.  After dinner, we headed to bed early as the arrival of our friends was early in the morning and we knew the next few days were going to be crazy-town!

Tune in tomorrow to hear about how we fought an army of seatbelts in the pouring rain (we lost), High Tea at the Victoria and Albert Hotel, and our lamb burger in Stellenbosch.